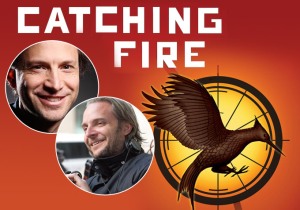 After 3 names has been announced eariler that they were being considered for filming Catching Fire, another 2 more names have been added to the list.
They are Bennett Miller and Francis Lawrence.
Bennett Miller has directed ‘Moneyball’, 21 nominations for various works, which includes a nomination for Best Achievement in Directing in 2006 Oscars. He has gotten 11 awards. You can view the details of his works and nominations over at IMDb.
Francis Lawrence has directed ‘Water For Elephants’, ‘I Am Legend’. You can view the rest of his works over at IMDb.

‘The Hunger Games’, rated PG13, was released on 22 March 2012 and is now available in all cinemas islandwide.

Credits: The Playlist via Hunger Games Examiner. IMDb and IMDb.